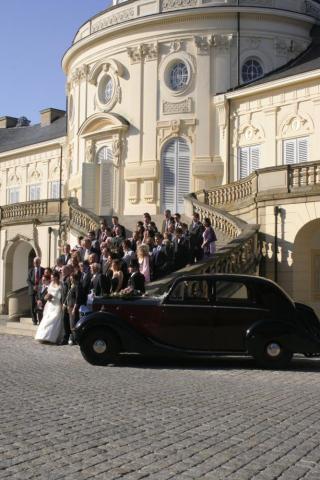 In the period from 2008 to 2015, Centar_kuda.org participated in a bilateral artist exchange program, lasting three months in cooperation with Akademie Schloss Solitude, Stuttgart, http://www.akademie-solitude.de/

As part of this residency program, several artists, architects, and art historians had the opportunity to stay and realize their projects in Stuttgart at the Akademie Schloss Solitude:

> Dubravka Sekulić deals with the topics of transformation of public space in modern cities, public goods, and spatial justice, as well as the spatial consequences of neoliberal planning. She graduated from the Faculty of Architecture, University of Belgrade, where she worked as a teaching assistant. She was a fellow of the Solitude Academy in Stuttgart, as part of an Eastern European exchange program, as well as a researcher in the design department of the Jan van Eyck Academy in Maastricht. She is a Ph.D. student at the Department of History and Theory of Architecture of the Higher Technical School (ETH) in Zurich. Of her recent projects, an exhibition at the Museum of Contemporary Art in Belgrade from 2012 entitled "Three Points of Support: Zoran Bojović" should be singled out, which focuses on the connection between the Yugoslav and the Middle East through the focus on the connection between the Yugoslav modernism and non-aligned countries, and the exhibition and book "The Struggle for Everyday Life. An Example of the Fifth Park" from 2011 about the struggle of a community for a park in Belgrade. In 2012, she published two books, both published by the Dutch Jan van Eyck Academy: "Glotzt Nicht so Romantisch! On Extralegal Space in Belgrade" [Don't stare so romantically! About the extralegal space in Belgrade] and, together with Žiga Testen and Gal Kirn, "Surfing the Black" about the Yugoslav black wave in the film. She is currently working on a book entitled "Planning for the Unexpected - Sourcebook for Urban Struggle" based on the experience of regional initiatives for the right to the city, for which she received a scholarship from the Royal Institute of Art. in Stockholm.

Dubravka was in the residency program from October 1, 2008, to December 31, 2008: http://www.akademie-solitude.de/en/fellowship/fellows/dubravka-sekulic~p ...

> Danilo Prnjat (born in Herceg Novi, lives in Belgrade) is an artist who intervenes in the domain of political reality by explicating certain social problems by performing various types of projects: from interventions in public space, actions and controversial, sometimes legally problematic manipulations (including media manipulations) to participatory social-type projects. His work enters the domain of activism, where the artist often acts through excesses, like a guerrilla who breaks into the system and works from within. Danilo Prnjat's critical work is indirect, and the implicit criticism that requires a certain intellectual engagement from the recipient is in the function of the work.

The work so far has the genesis of development both thematically and in the form of art that the artist practices. The relationship between nationalism and capitalism and the problem of sovereignty are dealt with by earlier works, mostly realized in the form of performances, interventions in public space, and procedural works. In the "Tempo project" realized before the declaration of independence of the province of Kosovo, when foreign investors in Serbia were targeted by nationalists, the artist submitted a false report about the planted bomb to the "Tempo" megamarket, then owned by a Serbian investor (tycoon). In this way, the artist tried to invert the reception of the public shaped by the media about the cause of the Kosovo problem - from the specificity of the problem to foreign policy to the focus on the internal one. In the action "Fathers and Fathers", the artist followed the son of the Serbian politician Nenad Čanko (leader of the Vojvodina Autonomous Party), recording him looking for Roman coins in the fields of that autonomous province with a metal detector. The "Redemption" project involved the purchase of three works by Kosovo artists and the proclamation of that act of purchase as their own work of art in Serbia, thus provoking mechanisms to disempower Kosovo's culture. In the "Lilly" intervention, he organized the incursion of 200 men into the largest Serbian perfumery in the city, which indicated the interdependence of the "military" education of men and the corporate policy of capitalist societies. Since 2012, he has focused on participatory and group projects related to the economy, such as the Social Economy project, which tried to develop alternative methods of exchanging material goods in a society in which many non-network surpluses appeared due to the country's opening to the free market. food), and poverty and hunger increased rapidly. In the work "Open School of Economics", the artist organized joint teachings of alternative economic theories in public space and tried to map positive, alternative, and self-sustainable exchange practices that take place at the micro-level and have no visibility in society.

In his work, Prnjat strives to overcome the established boundaries of art and the relationship between art and social reality. He is one of the founders and editors of the portal for contemporary art and art criticism DeMaterijalizacija umetnosti (www.dematerijalizacijaumetnosti.com).

> Ana Vilenica was born in 1978 in Pancevo. She is the author of numerous texts in the field of criticism, theory, and art history. She graduated from the Department of Art History at the Faculty of Philosophy in Belgrade. She completed her master's studies in Stage Design at the University of Arts in Belgrade. She received her Ph.D. from the Group for Theories of Art and Media of Interdisciplinary Postgraduate Studies at the University of Arts in Belgrade. She edited the books Becoming a Mother in Neoliberal Capitalism (Belgrade), 2013) and co-editor (from kuda.org) of the book On the Ruins of a Creative City kuda.org, Novi Sad, 2012).

Ana was in the residency program from October 4, 2010 - December 31, 2010: http://www.akademie-solitude.de/en/fellowship/fellows/ana-vilenica~pe1539/ within which she implemented the project (with) bu)) na))): http://uzbuna.org/yu

> Context Collective was founded in 2007 in Belgrade, Serbia, and is an autonomous art-media organization whose work represents the process of connecting critical theory and practice, the field of art, culture, and media with wider social activities. Kontekst kolektiv organizes journalism seminars and edits the web portal MAŠINA, where it regularly publishes articles on socio-political conditions in the region. Collective website: https://kontekstprostor.wordpress.com/

Two members of the Context collective - Vida Knežević and Marko Miletić - stayed in this residency program in the period from October 1, 2012 - December 31, 2012

> Aleksandar Bede is an architect from Novi Sad. He studied architecture and urbanism at the Faculty of Technical Sciences, University of Novi Sad, and is currently studying for a doctorate in urban planning at the IUAV University in Venice, where he researches the legacy of urban and territorial modernizations in Vojvodina from Yugoslav socialism and their condition today. He is a participant in several local initiatives in the field of independent cultural scenes and the initiator and collaborator of several research projects in which cultural and urban policies meet.

> Nikoleta Marković holds a Ph.D. from the Faculty of Fine Arts in Belgrade (with the topic Participatory Economics and Protocols of Painting - Two are needed for Painting). She has exhibited at numerous exhibitions in the country and abroad. Recent activities revolve around experimenting with workshop settings and art production protocols as models of self-didactic education. Her interests are focused on the policies of relations that contemporary art production and artistic positions establish with the audience, society, and the state. He lives and works in Rijeka, Croatia.

Nikoleta stayed on the residency program from October 1, 2014 - to December 31, 2014: http://www.akademie-solitude.de/en/fellowship/fellows/nikoleta-markovic~ ... within which she realized the work entitled "Did (me and) my father kill Yugoslavia too?": http://www.akademie-solitude.de/en/nikoleta-markovic-did-me-and-my-fathe ...