Beyond the Ruins of the Creative City - reader 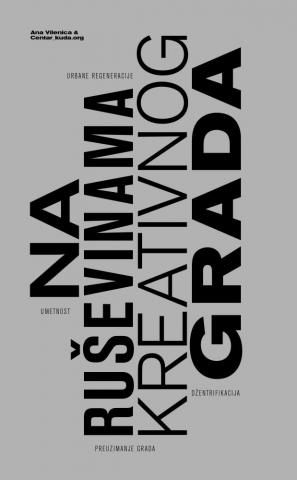 [...] The collection is dedicated to the modern city as a paradigmatic place of action of neoliberal capitalist strategies and a place of various practices of resistance, attempts to take over the city, and the creation of social alternatives. [...]

When it comes to the modern city, the processes of urban regeneration represent the main model for the implementation of aggressive processes of neoliberalism as the current stage of capitalist development. Urban regeneration is presented as a vision of the city's reinvention for the future, which promises well-being for all, while constantly confirming its failure. The optimism of urban visions that develops in close connection with the symbolic capital that produces art and culture materialized in the machinery of the creative industry, is directly related to violence and revanchism towards all those city residents who do not meet the criteria of a new perfect world project. The fiction of a creative city wants to cover up its own ruins, ruins that it constantly produces in its creative destruction.

The question is whether "creativity" is acceptable only as a commodity, so as not to become a channel of resistance, investment of the right to the city, and "takeover of the city"? What is called a potential path is insisting on a classical critique of urbanism, less by presenting alternative plans, demands, and sustainability agendas, and more by emphasizing the connection between theoretical production and political militancy in future dealing with the city.