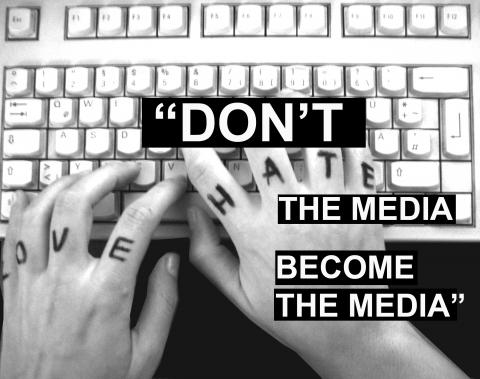 The workshops of new media activism will include the presentation and mastering of Drupal, free software, and a complex open-source system dedicated to joint work and cooperation of a large group of users via the Internet, discussions, unlimited participation, access to information, and cooperation on common ideas. Drupal is free software that allows individuals or groups to easily publish, maintain and organize a large amount of different content on their website. Drupal is a very flexible platform that allows the application of various modules, such as Content Management Systems, blogs, forums, peer-to-peer networking, newsletters, podcasting, image galleries, uploading and downloading files, and much more. Drupal is open-source software distributed under the GPL ("GNU General Public License") that today has tens of thousands of users worldwide and thousands of developers developing it to meet the specific needs of users.

New Media Activism Workshops will include two steps: 1. Mastering Drupal and creating your own website during a three-day workshop 2. Free web hosting of created websites Lecturers at new media workshops come from Berlin and are experienced activists dedicated to action strategies against racism and anti-Semitism in Brandenburg and which bases its activities on education, networking, interculturalism, and connecting youth projects and initiatives, primarily through the use of new media. The workshop will be held in English. The number of participants is limited, as is the number of available computers. However, we invite potential participants to bring their laptops to the workshops, if possible. Attendance at workshops is free. Applications should be sent to branka@kuda.org, by

Why New Media Activism important? Media activists end up where the mainstream media cannot and thus create news and content about events that have been neglected or misinterpreted and that pose a challenge (neutrality) to the mass media. The idea of ​​media activism is based on the desire to encourage social change not through alternative ideas but through the process of production itself so that the observer becomes a producer and eliminates the difference between professionals who create a culture and its passive consumers. New media are never neutral. They provide unlimited possibilities for communication, but the utopia of a fully networked society is slowly giving way to the question of the value of the content we exchange via the Internet. Media activism was born out of the knowledge that the mass media is controlled by the social and political elite, sources of financial support, and hierarchical structure, although it is claimed to serve the democratic interest of informing citizens. It is important to find an alternative to these practices by including the perspectives and needs of ordinary people and groups from the margins and regulating the production process that should be democratically and non-hierarchically organized. Precisely for the mentioned reasons, the Youth Center CK13 is organizing a series of workshops on new media and video activism this fall, as well as an independent youth radio. Realization of the project enabled by the support of the Secretariat for Youth and Sports of the Province of Vojvodina, http://www.sio.vojvodina.sr.gov.yu/