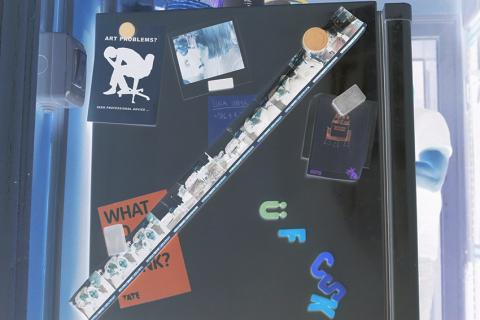 Kustoski kolektiv What, How & for Whom/WHW, Zagreb

Kustoski kolektiv What, How & for Whom/WHW, Zagreb 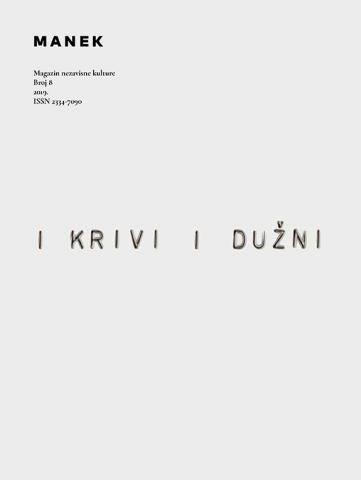 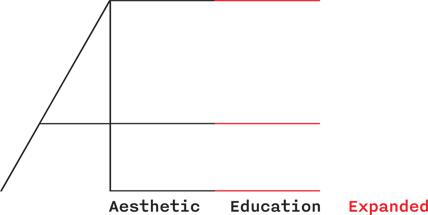 in the period from September 9 to 12, 2021, an intensive creative sessions of two artists from Vienna and Novi Sad, Burkhard Stangl (guitar, electronics) and Nenad Marković (trumpet) will take place at kuda.org studio.

The residency was realized within the program New Forms of Research of Contemporary Music, which was developed through the joint work and interest of kuda.org and Improstor from Novi Sad, which have been cultivating the development of improvised music for years. By implementing interactive workshops, multi-day workshops-short-term artistic dispensations (short-term Artist-In-Residency program), and the process of joint creation and performance, we want to enable new levels of music production. This goal is not only artistic but also has a social dimension, because, through this process of creating music, the hierarchy in music production and performance is questioned, erasing the boundaries between the roles of composer and performer. Therefore, the goal of this program is the politicization of art by turning composers into performers, performers into creators, through improvisation and joint work.

Festival in Opposition - Art and Politics of Improvisation

Festival in Opposition: Operating with the Memory of YU Cassette Experimentalism of the 80s, Nenad Vujić

Festival in Opposition: Operating with the Memory of YU Cassette Experimentalism of the 80s, Nenad Vujić

Nenad Vujić, a fan of experimental music from Belgrade, wells, and digs in the niches of the eighties Yugoslav cassette production of alternative music, and processes the map on his A hogon’s industrial guide web platform. The primary goal of A hogon’s industrial guide is to collect cassette material and its accompanying materials and create a map for art historians, popular culture archaeologists, and musicologists, which sets out the basic topologies of cassette experimentalism in the former Yugoslavia in the 1980s. Recently, the research and platform have been extended to other Eastern European productions, including a retrospective of these practices in Hungary. http://ahogonsindustrialguide.blogspot.rs/

Festival in Opposition is realized within the broader project "Extended Aesthetic Education", in which the Multimedia Institute (HR), Kontrapunkt (MK), Kulturtreger/Booksa (HR), Berliner Gazette (DE), and kuda.org (RS). The project was supported by:

Festival in Opposition: The Relationship between Composition and Improvisation in Ernö Királya's Music, Stevan Kovacs Tickmayer

Festival in Opposition: The Relationship between Composition and Improvisation in Ernö Királya's Music, Stevan Kovacs Tickmayer

Festival in Opposition is realized within the broader project "Aesthetic Education Extended", in which the Multimedia Institute (HR), Kontrapunkt (MK), Kulturtreger/Booksa (HR), Berliner Gazette (DE) i kuda.org (RS). The project was supported by:

Festival in Opposition: The Studio as an Instrument , lecture, Chris Cutler

Festival in Opposition: The Studio as an Instrument , lecture, Chris Cutler

The festival in opposition is realized within the broader project "Extended Aesthetic Education", in which the Multimedia Institute (HR), Kontrapunkt (MK), Kulturtreger/Booksa (HR), Berliner Gazette (DE), and kuda.org (RS). The project was supported by:

Festival in Opposition: File Under Popular, promotion of the Serbian/Croatian translation of Chris Cutler's book

Discussion and presentation of a book on the political theory of popular music by British musician, composer, and theorist Chris Culter.

FILE UNDER POPULAR - a book by Chris Cutler published by kuda.org

One primary need should be emphasized: that musicians themselves develop a theory of music and culture derived from their practices. Such a theory, accompanied by a struggle for meaningful forms, must be the starting point of our action.

"File Under Popular" is a collection of essays on the political theory of popular music by British musician, composer, and theorist Chris Culter.

The promotion of the book and the conversation about it was organized as part of the event "Festival in Opposition - Arts and Politics of Improvisation", on Friday, October 28 at 8 pm in CK13. Participants in the conversation are: Chris Cutler, Ozren Lazić, Howard Slater, Paul Abbott, Zoran Pantelić, Stevan Kovacs Tickmayer

The translation of the book from English into Serbo-Croatian was realized by Ozren Lazić, and the publisher is kuda.org.

From the translation of the book: "In everyday speech, the term 'popular', whatever it means, is always opposed to the term 'classical' or 'artistic', which, historically speaking, expresses the class difference. Yet in this second, ‘progressive’ form, we find ‘popular’ music that largely contains significant qualities characteristic of artistic and classical music. Its social views, the way it originates and distributes, its production relations may be fundamentally different, but many formal elements and especially the levels of discourse are essentially the same. Of all the music that can be called popular, I think that these represent the most significant transitional forms and suggest upcoming changes. Also, they most clearly point to a deep and radical aspiration (within industrial society as a whole) towards original classlessness. By this I mean the end of privilege, inequality and exploitation. ”(From the essay“ What is Popular Music? ”, Chris Cutler)

You can download the book in pdf format from the attachment to this page.

The book contains essays under the following titles:

What is popular music?

Progressive music in the UK

Chris Cutler is a percussionist, composer, lyricist, and music theorist. Of the many engagements, the most famous are those with the Avant-rock group Henry Cow, as well as with Art Bears, News From Babel, Cassiber, The (ec) Nudes, P53, The Science Group, Pere Ubu ... Dealing with music for over four decades, Cutler can be heard on over a hundred music releases. Of the numerous collaborations, those with John Rose, Fred Frith, Zeena Parkins, Iancu Dumitrescu, Peter Blegvad, and Stevan Kovac Tickmayer, etc. can be highlighted. Cutler also runs an independent label, Record Records. Together with associates from Henry Cow, he initiated the Rock in Opposition movement, which articulated demand for resistance to the music industries in order to promote the work of marginalized music groups whose music did not enter the radar of commercial music companies because it was based on experimentation and improvisation. In the field of music theory, he deals with avant-garde, popular music, technology, improvisation, the problem of using other people's music in composing, etc. He is the author of the book File Under Popular (1983), a collection of theoretical and critical texts on music from the perspective of artists. Since 2012, he has been conducting radio lectures in Probes, in which he discusses the history of music from the perspective of the development of music production through the web radio program of the MACBA Museum in Barcelona.

Information on translation and publication of the book:

The publication was published within the project "Aesthetic Education Extended", which is realized in cooperation with kuda.org with the Multimedia Institute from Zagreb, Kontrapunkt from Skopje, Berliner Gazette, and Kulturtreger/Booksa from Zagreb.

The project is supported through Creative Europe (2014-2020) program of the European Commission, including the support of the Ministry of Culture and Information of the Republic of Serbia, the European Cultural Foundation Amsterdam - BAC program, the Provincial Secretariat for Culture and Public Information and the City of Novi Sad.

This publication indicates the views only of the author, and the Commission cannot be held responsible for any use which may be made of the information contained therein.

The project "Aesthetic Education Extended" was supported by: